銘傳大學諮商與工商心理學系第十三屆2018年學術與實務國際研討會
Search
Conference Speakers
Scott Churchill, PhD
Professor of Psychology, University of Dallas
Who Will I Be Then? Coping with Trauma, Loss, and Grief 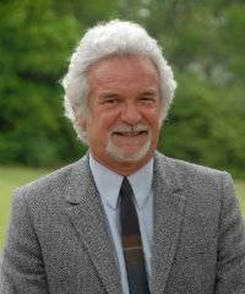 Former chair and founding director of the masters programs in psychology, University of Dallas
Dr. Scott Churchill is a fellow of the American Psychological Association and past president of the Society for Humanistic Psychology (Division 32). Recently, he was re-elected to the APA Council of Representatives and re-appointed as editor-in-chief of The Humanistic Psychologist, now published by APA Journals, and elected by the Society for Qualitative Inquiry in Psychology as representative to the executive board for APA’s Division of Quantitative and Qualitative Research (Div. 5). He currently serves on the Society for Theoretical and Philosophical Psychology's (Division 24) Task Force on Ethics, as well as on the editorial boards of Human Studies, Journal of Phenomenological Psychology, Qualitative Psychology, Journal of Theoretical and Philosophical Psychology, Qualitative Research in Psychology, Encyclopaideia: Journal of Phenomenology and Education, International Journal of Qualitative Studies on Health and Well-being, and The Janus Head.
Dr. Churchill has presented at professional conferences around the world, including Australia, India, Germany, Sweden, Denmark, Norway, Italy, and Poland. He has authored articles and book chapters as well as developed and taught courses in the fields of phenomenology and psychology. In 2013 the American Psychological Association presented him with its "Mike Arons and E. Mark Stern Award for Outstanding Lifetime Service to the Society for Humanistic Psychology." In 2014 he was named a Piper Professor by the Minnie Stevens Piper Foundation, and was co-named with the University of Dallas Psychology Department as recipient of the APA’s “Charlotte and Karl Bühler Award for Significant and Lasting Contributions to Humanistic Psychology.”
Rodger Broome, PhD
Assistant Professor of Emergency Psychology, Utah Valley University
A Police Officer’s Navigation of the Lived-Experience of Shooting an Active Gunman 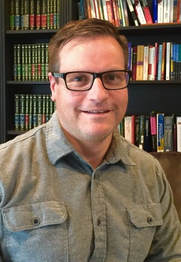 Former battalion chief of West Jordan, Utah, and currently, a reserve police officer for Woods Cross, Utah
Campus shooting is a growing phenomenon in the U.S. But little is known from the perspective of a police officer. This presentation will be a phenomenological psychological analysis of a police officer’s response to an active shooter incident in a commercial shopping center. Prior to the officers’ arrivals, several innocent victims were killed by the deadly assault by a young man wielding a high-powered shotgun. The officer teamed up with others to locate and shoot the perpetrator and ended the active shooter’s rampage. While heroic in saving many lives, some paradoxical aspects of the incident were psychologically troublesome for the officer. The existential paradoxes described in this study will help elucidate the phenomenological possibilities in the emergence of trauma in life-threatening situations.
Dr. Rodger Broome is an academic psychologist specializing in the descriptive phenomenological method of research as developed by Dr. Amedeo Giorgi. Dr. Broome’s professional background includes 27 years of emergency work in law enforcement, fire, emergency medical, and hazardous materials response. As an academic with experience in the field of emergency, his research and publication topic areas of interest are in the emergency services, particularly, the lived-experiences of police, fire, emergency medical and other crisis workers. Dr. Broome is also interested in pursuing some victimological studies using the phenomenological approach.
Dr. Broome’s theoretical approach to emergency management and leadership are based on Existential-Humanistic perspectives of the human person. He is a member of the Society for Humanistic Psychology (APA, 32). In 2015, Dr. Broome co-edited Humanistic Contributions for Psychology 101: Growth, Choice, and responsibility with Dr. Richard Bargdill. He currently serves as the editorial board member for Journal of phenomenological psychology and Journal of Humanistic Psychology. Dr. Broome also sits on the Institutional Review Board for Utah Valley University, and is a committee member of Teaching Ethics Across the Curriculum.
Dr. Broome has spoken at many conferences within the United States and internationally. In 2013 Dr. Broome was awarded with the Dean’s Award for Engaged Faculty and, 2015 the Alumni Award for Faculty Excellence at Utah Valley University. He has also served on more than 25 doctoral dissertation committees of which he directed.
Matthew R. Draper, PhD
Associate Professor of Behavioral Science, Utah Valley University
Human Compassion in Penal Settings 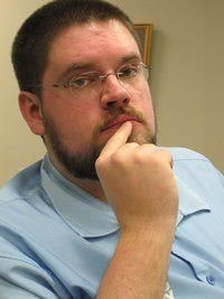 Licensed psychologist in private practice
Dr. Matthew Draper is an associate professor and licensed psychologist with a focus on the nature and role of humanity and compassion in psychotherapy. He researches, publishes and speaks on the intersections of Religion, Spirituality, and Psychology. His clinical experience includes counselling university students, children from the children’s justice center, as well as forensic psychotherapy.
As a professor, Dr. Draper has won the following teaching awards from Utah Valley University:
College of Humanities and Social Sciences Instructor of the year 2015 – 2016
Doctoral Student Organization Faculty of the Year award 2007 – 2008
Outstanding Contributor to the First Year Experience 2007 - 2008
Outstanding Contributor to the First Year Experience 2006 – 2007
Outstanding Contributor to the First Year Experience 2005 – 2006
Dr. Draper has many publications including three co-authored books: Surviving Your Clinical Internship: Strategies, Reflections, and Unsolicited Advice., Transforming Corrections: Humanistic Approaches to Corrections and Offender Treatment., and Forensic Psychology Reconsidered: A Critique of Mental Illness and the Courts. He presently serves as the associate editor for the Journal of Theoretical and Philosophical Criminology, and as the ad hoc reviewer for the Journal of College Counselling.
Elizabeth Snyder
Senior year Psychology Major, Utah Valley University
​Human Compassion in Penal Settings 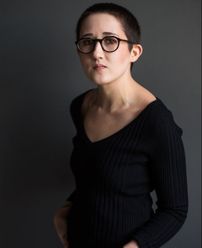 ​Elizabeth Snyder has worked as a student life mentor and coordinated psychoeducational groups for the past three years with adolescents in areas of substance dependence (inpatient), high-risk psychiatric care (inpatient), and grief and bereavement. Her studies have been informed by Buddhist psychoanalysis and psychotherapy centered on phenomenology and existentialism. She has done research in addiction therapy, spiritual trauma, traumatic loss, ways of being and relating from a therapeutic standpoint, models of therapy, policy and social constructionism regarding drug offenses/offenders, criminology and clinical forensics, and theories of consciousness and Being.
Chia-Chi (Alicia) Hu, PhD
Co-founder, Asia Trauma-Informed Care Awareness Coalition
Co-founder, Hidden Strength Learning Network
Appreciating the Hidden Strength When Facing Trauma
面臨創傷時的內蘊力量 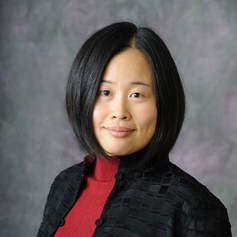 Dr. Hu is a licensed psychologist in Idaho and Washington. With a counseling psychology doctoral degree from Purdue University, she is experienced in providing therapy in both English and Chinese Mandarin. Dr. Hu provided clinical training at the Washington State University for 4 years and supervised 20+ doctoral students as a clinical faculty from 2009-2013. In recent years, she also provided trauma-informed training workshops in Taiwan based on the book she published in Taiwan.
Dr. Hu blends system thinking, Daoist philosophy, and multicultural observation with her interest in integrating body and mind from interpersonal neurobiology perspective. Dr. Hu is a Level Two graduate from the Sensorimotor Psychotherapy Institute, a certified Tension/Trauma Releasing Exercise facilitator, and a RYT-200 yoga instructor. She enjoys using simple body exercises to empower traumatized populations. She also co-authored three English children’s storybooks, providing parents and therapists a tool to help children to develop resilience.
Mei-Ling Hu, MA
Licensed Social Worker in ROC (Taiwan)
Appreciating the Hidden Strength When Facing Trauma
面臨創傷時的內蘊力量 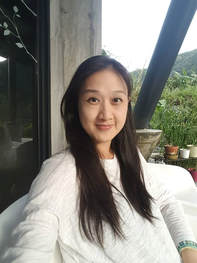 Mei-Ling Hu has worked with women and children suffering from domestic violence for more than 20 years. She also provided supervision to many social workers providing interventions to reduce domestic violence. Centered in the humanistic approach, she blended her interests in expressive art therapy, dance and movement therapy, play therapy, and emotionally-focused couple therapy. She is passionate in empowering children and women.
Mark Chi-Ying Yang, PsyD
Director of Zhi- MianInternational Institute of Existential and Humanistic Psychology
Existential Psychology and the Way of the Tao: Meditations on the Writings of Zhuangzi 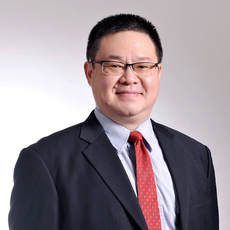 Licensed psychologist in California, adjunct professor at Saybrook University
“In ways not unlike Alan Watts' Psychotherapy East and West, this diverse collection of essays, expertly edited by Dr. Yang, demonstrates the inherent philosophical intersection existing between ancient Taoism and the improvisational practice of contemporary existential therapy, offering an alternative view of how clinicians can more creatively and effectively encourage clients or patients to find their own way in life. The philosophically informed clinical wisdom of existential therapy, like the profound spiritual wisdom of Taoism, provides a timely, much-needed corrective counterbalance to the alarmingly lopsided and dangerous trend in psychotherapy today.” ―Stephen A. Diamond, PhD, author, Anger, Madness, and the Daimonic: The Psychological Genesis of Violence, Evil, and Creativity
Dr. Mark Yang is a clinical supervisor and educator who is dedicated to facilitating the dialogue on issues related to Existential and Humanistic psychology interculturally. He has published and edited books and chapters as well as directed several international conferences in this field. His publications include an edited book, Existential Psychology and the Way of the Tao: Meditations on the Writings of Zhuangzi, and a co-edited book, Existential Psychology East- West.
Clinically, Dr. Yang has worked as a psychologist in the U.S., Hong Kong, Taiwan, and now mainland China. Currently he focuses on providing group psychotherapy and clinical supervision. Academically, Dr. Yang is an educator with teaching experience in Hawaii, Hong Kong, Macau, Xin-Jiang and Beijing.
Dr. Yang’s group psychotherapy experiences focuses on the following topics:
Interpersonal Learning, Bereavement & Grief, Men's Issues, Sensitivity Training, Social Skills, Helping Professions , Group Leader Facilitation Experiential Training and Clinical Group Supervision – Doctor of Psychology.
林慈玥
美國心理劇學會認可之心理劇導演(C.P.)暨訓練師(T.E.P.) 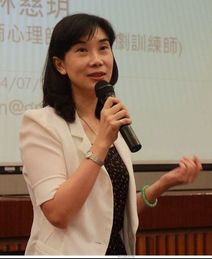